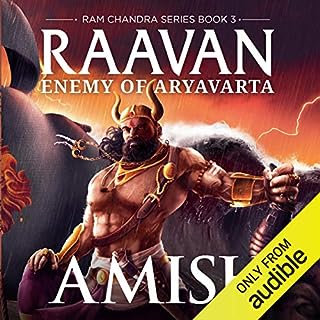 Last 3 chapters r truely nail biting. but did turn a little bollywoody at the end. thought it wyd have some semblence to the original ramayan