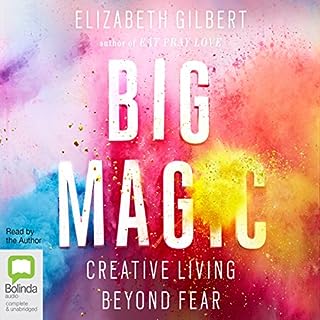 Listeners of all ages and walks of life have drawn inspiration from Elizabeth Gilbert's books for years. Now this beloved author shares her wisdom and unique understanding of creativity, shattering the perceptions of mystery and suffering that surround the process - and showing us all just how easy it can be. By sharing stories from her own life as well as from her friends and the people who have inspired her, Elizabeth Gilbert challenges us to embrace our curiosity....

This book is absolutely magic. The content of this master peace is absolutely inspiring. And how can I not write about the stunning voice of the author that you fell in love in just a moment. I am listening to this book again n again. 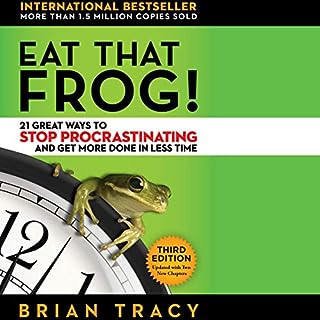 There just isn't enough time for everything on our to-do list - and there never will be. Successful people don't try to do everything. They learn to focus on the most important tasks and make sure those get done. They eat their frogs. There's an old saying that if the first thing you do each morning is eat a live frog, you'll have the satisfaction of knowing you're done with the worst thing you'll have to do all day. For Tracy, eating a frog is a metaphor for tackling your most challenging task - but also the one that can have the greatest positive impact on your life.

It was really enjoyable and learnable to listen to this. This is one of the best and simple book on time management and efficient working that I have come across. 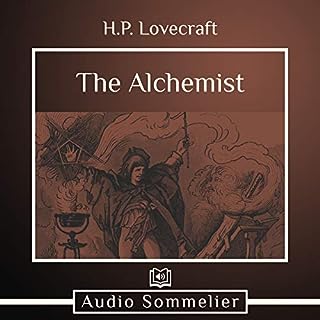 Revenge, death, and destruction abound in this early short story by H.P. Lovecraft. The story follows Antoine, a count who is last in line to die at the age of 32 due to a curse put on his family hundreds of years prior. His ancestor, being responsible for the death, brought about the curse, and Antoine was left to watch all his family, including his manservant, die an early death. But when his time comes and he is exploring the castle in wait, he manages to successfully end the curse by deflecting the fatal blow of Charles - the son of the man who was killed so many years ago.

overall a good one to listen. I mistakenly thought it to be the entire book but it was not.