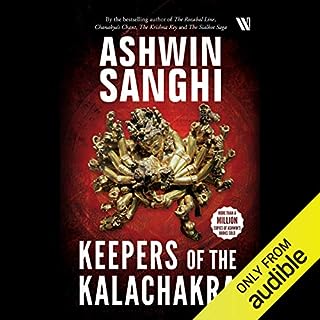 Welcome back to the shadowy and addictive world of Ashwin Sanghi. After The Rozabal Line, Chanakya’s Chant, The Krishna Key and The Sialkot Saga, Ashwin Sanghi returns at last with another quietly fearsome tale - this time of men who guard the ‘Kalachakra’, or The Wheel of Time. Sanghi describes a world of people at war with one another - a boomeranging conflict of faiths that results in acts of such slow and planned human cruelty that they defy human imagination.

started as fantasy but ended as sermon

too much information which made the reader to think what is the message. if all the information shared are true, needs a lifetime to understand Hinduism 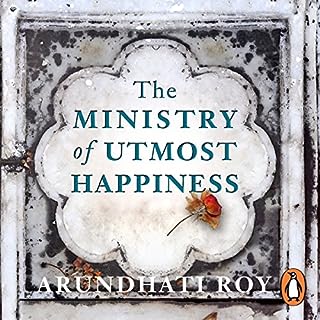 In a city graveyard, a resident unrolls a threadbare Persian carpet between two graves. On a concrete sidewalk, a baby appears quite suddenly, a little after midnight, in a crib of litter. In a snowy valley, a father writes to his five-year-old daughter about the number of people who attended her funeral. And in the Jannat Guest House, two people who've known each other all their lives sleep with their arms wrapped around one another as though they have only just met.

One person's view with agenda

I loved the first book and with eagerness took this audio book. totally disappointed. the story dwells too much on one particular group and the author is trying to force her personal political agenda into the reader mind. many exaggeration about the place or person or history is not adding to content and makes the reader feel bored.