I had always heard about the alchemist. Everyone used to talk about it, and i finally thought to check it out, and my god, its the best book i've read. Its life changing for a lazy bag like me It taught me so many life lessons and above all it taught me to follow my dreams and never be afraid. REMEMBER THIS "When you really want something the entire universe conspires to help you get it" You'll understand after reading/listening. 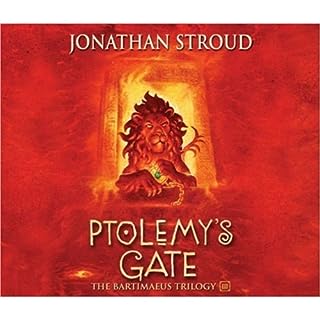 Three years on from the events in The Golem's Eye, the magicians' rule in London is teetering on a knife-edge, with strikes, riots, and general unrest. The Prime Minister is largely controlled by two advisors, one of whom is 17-year-old Nathaniel. Meanwhile, living under a false identity, Kitty has been researching djinn; she has come to believe that the only way to destroy the magicians is for an alliance of some kind between djinn and ordinary people.

Amazing in all regard

It is just the best in the bartimaeus series,legendary and emotional. Character development is the best i have seen. Amazing in all regards. If you dont read it, you have missed out on something in your life. Read it now. 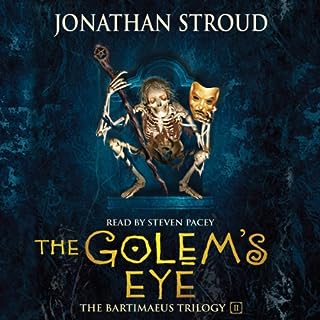 In The Amulet of Samarkand, the young magician Nathaniel won wide acclaim for his daring exploits in saving the powerful jewel for the government. Now, he seems set to continue his meteoric rise through the ministerial ranks. But the mysterious Resistance inflicts terrifying destruction on London, and soon Nathaniel's job and his very life are under threat, not only from the elusive Kitty and her companions, but from an unknown and bewildering source.

Best of the rest

it is just amazing and cool. Great reading and unable to stop listening. Absolutely love it