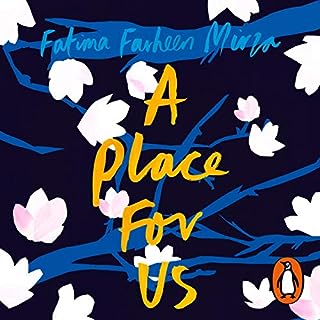 Random House presents the audiobook edition of A Place for Us by Fatima Farheen Mirza, read by Deepti Gupta and Sunil Malhotra. A Place for Us catches an Indian Muslim family as they prepare for their eldest daughter’s wedding. But as Hadia’s marriage - one chosen of love, not tradition - gathers the family back together, there is only one thing on their minds: can Amar, the estranged younger brother of the bride, be trusted to behave himself after three years away?

I read the reviews, saw the ratings and watched the interviews of the author which all pulled me inevitably to this wonderful novel. It is a smashing debut novel by this young author. A birlliant presentation where the timelines are craftily scrambleld without sacrificing cogency, keeps the reader glued. A daughter who believes in her faith, another who respects it but craves for independence, a son, a rebele who wants only love and for whom beliefs have a higher place than faith brought up by a very strict father and a well-meaning, silently sympathising mother all are caught in a tangle of love and hate, emotions and faith, memories and guilt. If the parents by their action are responsible for what their children have become, then shouldn't we give the benefit to the parents themselves, in turn, for how they were influenced by their own parents? Where does it begin and where does it end? The narration by Deepti Gupta is brilliant, How effectively and with ease she can change her voice to suit the character? The same voice that sounds like a child sometimes, like a teenager at others, like and Indian born mom or an angry adult, the soothing voice of a mother or the bitterness of an unloved son. This narrator does deserve special praise , 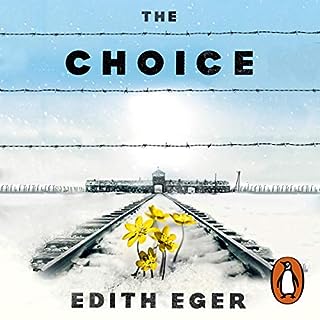 In 1944, 16-year-old Edith Eger was sent to Auschwitz. There she endured unimaginable experiences, including being made to dance for the infamous Josef Mengele. Over the coming months, Edith's bravery helped her sister to survive and led to her bunkmates rescuing her during a death march. When their camp was finally liberated, Edith was pulled from a pile of bodies, barely alive. In The Choice, Dr Edith Eger shares her experience of the Holocaust and the remarkable stories of those she has helped since.

What a book! Having read many World War II survival stories, I thought this will be another one on similar lines. These books never fail to touch our innermost feelings. But this one was different. Wonderfully written, brilliantly segmented, truthful and honest yet always sustaining our interest, very moving though the wartime events occupy only a part of the book and above all a offering a guide to our lives, how could I have put it down? Is this a family story? A tale of survival? A narration of any human beings quintessential love? Or a book on psychology? I keep wondering. 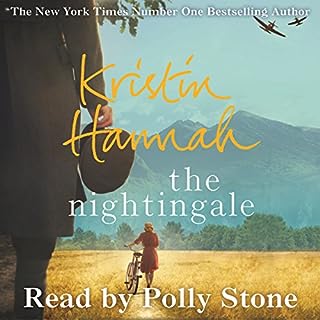 Bravery, courage, fear, and love in a time of war. Despite their differences sisters Viann and Isabelle have always been close. Younger, bolder Isabelle lives in Paris while Viann is content with life in the French countryside with her husband, Antoine, and their daughter. But when the Second World War strikes, Antoine is sent off to fight, and Viann finds herself isolated, so Isabelle is sent by their father to help her. As the war progresses, the sisters' relationship and strength are tested.

One can never have enough of World War stories of valour, spirit, romance, tragedy, suffering, , heroism, and love. As you go through this story, you can experience all of these and in the end be left teary-eyed. 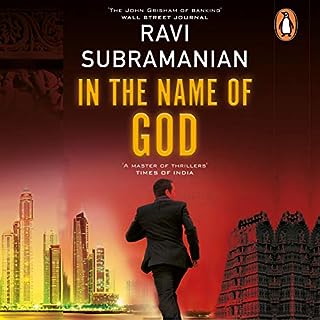 Temples are places of worship, oceans of tranquillity, or so everyone thinks, till a series of murders threatens to destroy the carefully cultivated reputation of the royal family of Thiruvanathapuram. And when fingers point towards the opening of the hitherto sealed vaults at the Padmanabha Swamy Temple that is under the control of the royals, all hell breaks loose. Meanwhile, a heist at the Wafi Mall in Dubai leads investigators to uncover a massive racket in the smuggling of antiques from the ruins of temples in south India.

This is the first work of this author I picked up and I am very happy I did so. This is a complex story with many characters who have important roles to play. The author takes us through the story without cconfusion and with a lucid narration and clarity. 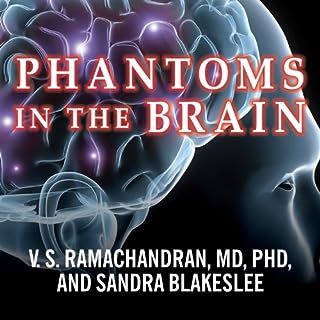 Neuroscientist V. S. Ramachandran is internationally renowned for uncovering answers to the deep and quirky questions of human nature that few scientists have dared to address. His bold insights about the brain are matched only by the stunning simplicity of his experiments - using such low-tech tools such as cotton swabs, glasses of water, and dime-store mirrors.

This is a brilliant work. Though a layman can understand and follow, I had to go back to some chapters or portions to understand the concepts jbetter. I, being a visually impaired person, could directly relate to the relative portions and get to know why things are in a certain way. 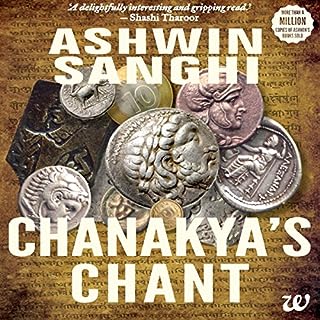 Chanakya's Chant is a thrilling novel that tells its listeners about a sharp parallel story between two individuals. One of these individuals is the very person who brought the scattered Indian subcontinent under the reign of Chandragupta Maurya-Chanakya. Chanakya is one of the wisest political strategists to have ever lived in the history of India. The second protagonist is Gangasagar Mishra, who is a rather insignificant Brahmin teacher who seems to be struggling to make ends meet but is actually a reincarnation of Chanakya himself.

Simply superb. Well conceived plot, the protagonists in ancient and new taking similar course brilliabntly brought together in the end. 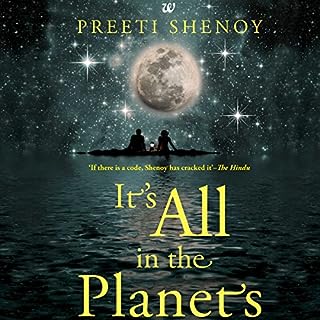 Meet Aniket. Twenty-seven, techie, Mr. Average. His best friend is Subbu, a nerd who breathes, thinks and lives code. Aniket cannot believe his luck when he starts dating Trish - a stunning, sexy model who is totally out of his league. But Trish has a list of things she wants him to work on, beginning with his potbelly and his geekiness.

The author take story=telling to a different lebel.Marked by a free flowing, crisp, clear and a unique style, the story is narrated by the author from the percetions of different character. The way the concept of fate and free=will is throuwn i simply superb. This is the first time I am readingI am reading Preeti s work and I havbe no doubt I will read a lot more. 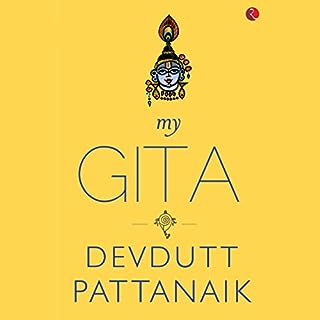 In My Gita, acclaimed mythologist Devdutt Pattanaik demystifies The Bhagavad Gita for the contemporary reader. His unique approach - thematic rather than verse by verse - makes the ancient treatise eminently accessible. In a world that seems spellbound by argument over dialogue, vi-vaad over sam-vaad, Devdutt highlights how Krishna nudges Arjuna to understand rather than judge his relationships.

This is a very lucid and wonderful presentation. Brilliantly written and segmented . The narration is crisp, clear, touching the right tones, right mood and right exppression. 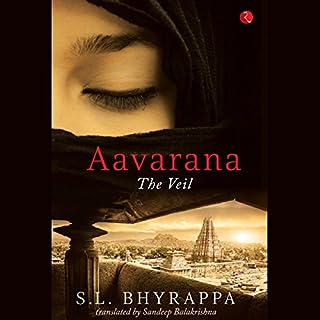 Aavarana: The Veil by S. L. Bhyrappa is a story of a free-spirited and rebellious young woman, Lakshmi, who marries the man she is deeply in love with. Amir, her husband, requests she convert to Islam, and she reluctantly agrees. Despite her father being completely against the marriage, she breaks ties with him and changes her name to Razia. However, things change for the worse, and she discovers a different side to Amir. He is not the progressive and liberal person she thought he was.

This is a very heavy story. I have found the narration to be one of the best I have heard so far. I have eamined ithe narration from various angles and found it to be a perfect blend of all the nicest things. crystal clear voice, clear pronunciation, seamless modulation, emotion that pours through every word, getting into the character and a pitch that suits the timbre of the story all richly embellish this novel. Wonderful balance. My sincere appreciations to the narrator.

Very nicely narrated true life story with right amount of emotions throw in. When the country is not taking thr right path, how should a highly placed spy act or react? Especially when his ideologies are diametrically opposite. When he acts against his own country, how is he to be judged? And when the circumstances force the spy to leave his family and flee, he keeps fighting to bring back his family. Whe n the family does come back a chasm develops between them and they separate. Is this a story of success, failure or heroism?