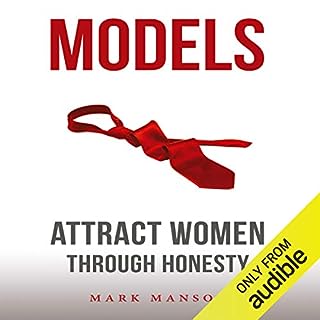 Models is the first book ever written on seduction as an emotional process rather than a logical one, a process of connecting with women rather than impressing them. It's the most mature and honest guide on how a man can attract women without faking behavior, without lying and without emulating others. A game-changer.

It’s easy to understand and examples are relatable. The narration is great, keeps you involved!