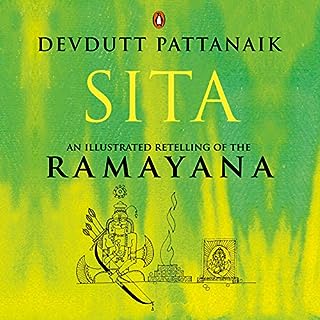 Sita: An Illustrated Retelling of Ramayana is an epic story based on the life of India’s most admired prince - ‘Rama’ and his wife ‘Sita’. Ramayana is a mythological story, which has been passed down for many generations. Since ages, the character that is most emphasized has been that of Rama, who has always been known to keep his word whatever be the circumstances. The role of Sita has been generally overlooked in the past. Sita, too, is a pivotal character. Still, she has often been portrayed as a frail and meek character.

Narrator does not do justice to the material

the narrator tone and pronounciation is bland. he pronounces Hindi words in a irritatingly English way.