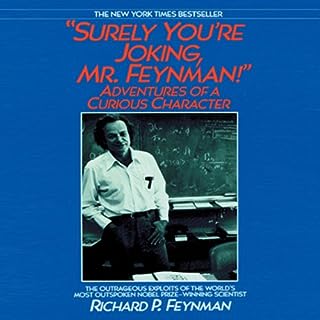 With his characteristic eyebrow-raising behavior, Richard P. Feynman once provoked the wife of a Princeton dean to remark, "Surely you're joking, Mr. Feynman!" But the many scientific and personal achievements of this Nobel Prize-winning physicist are no laughing matter. Here, woven with his scintillating views on modern science, Feynman relates the defining moments of his accomplished life.

didn't know much bout Mr Feynman before this...An event of his colourful experiences... a very interesting scientist... Raymond Todd has some a very Feyn job...