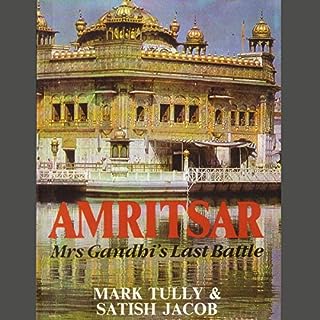 On 5th June 1984, the Indian army began its attack on the complex at Amritsar, which houses the two most sacred shrines. Generals who had pledged to use minimum force and on no account to violate the shrines were not prepared for the fierce and adept resistance they encountered. Having suffered severe casualties, the infantry were driven back, and as a last resort - with approval from Delhi - tanks were ordered in....

The book provides entire context and prelude to causes and subtle undercurrents which led to tragedy of 1984. As usual, excellent narration by Homer.