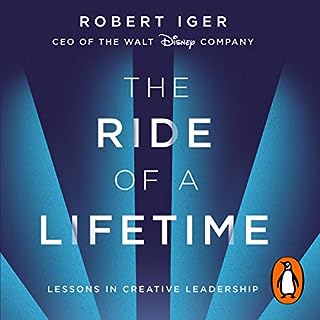 The CEO of The Walt Disney Company shares the ideas and values he has used to reinvent one of the most beloved companies in the world, and inspire the people who bring the magic to life. In 2005, Robert Iger became CEO of The Walt Disney Company during a difficult time. Morale had deteriorated, competition was more intense, and technology was changing faster than at any time in the company's history. Twelve years later, Disney is the largest, most respected media company in the world counting Pixar, Marvel, Lucasfilm, and 21st Century Fox among its properties.

how to grow as a professional and take decisions