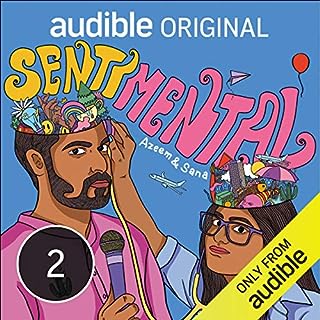 SentiMental is an 8-episode series from Audible Suno, hosted by Sana Khan. SentiMental combines candid discussion about mental health with humour and casual conversation with some of your favourite comedians, actors, and musicians to normalise open discussion about issues such as depression, anxiety, OCD and bipolar disorder. SentiMental wants you to know that whatever you’re going through, you're not alone.

Great Podcast for a Newbie

It's amazing and knowledgeable for someone who wants to know more about anxiety and mental health. Getting to know that others go through the same/similar symptoms and dealing with it very important. Kudos to Sana and Azeem for bringing this to the people for FREE. Would surely recommend this to others.