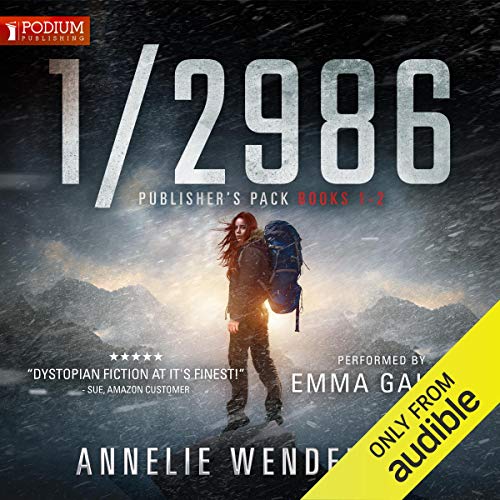 I’ve reached my expiration date. Not that it matters. We’re all going to die.

To 16-year-old Micka, all words have flavors. Her emotions come with such force that she can’t help but carve them into her skin. The night she decides to kill herself, she meets Runner - a mysterious stranger who makes her question everything she’s learned about the end of the world.

His message is terrifying: It wasn’t some mysterious disease that killed 10 billion people. We did this. Humanity sleepwalked into climate disaster and ecocide, just to butcher and rape until blood stained the seas.

Micka is sure Runner is lying. Her instincts urge her to stay far away from him. But he makes her an offer she finds hard to resist. There are only two rules she must follow: kill. Survive.

Because the final wars were never meant to end.

Warning: Contains violence and other content which may be triggering to listeners.

a very descriptive writer who paints a compelling story. heroine is bisexual so maybe a discussion point with your children if you listen with your kids

Excellent narration. I thought it would be a typical Post Apocalyptic read, in fact I left it in my wish list for quite a while before giving it a chance.. Now I wish I hadn't waited. Great original story. Looking forward to more.

I really enjoyed these books love hearing others veiws end of the world.
Also loved the naration great voice to match the situation :)

Hero of a book!

This is the second time I've read this. It's got a strong female character she flawed, but clever. At 15 , she's struggling to find out who she is in a futuristic and harsh world. The narrator is wonderful. She captures the tone and pace very well. Looking forward treating the rest.again. Hope you'll have.same. Hope you'll have Emma Galvin read those too, I'd buy them all!