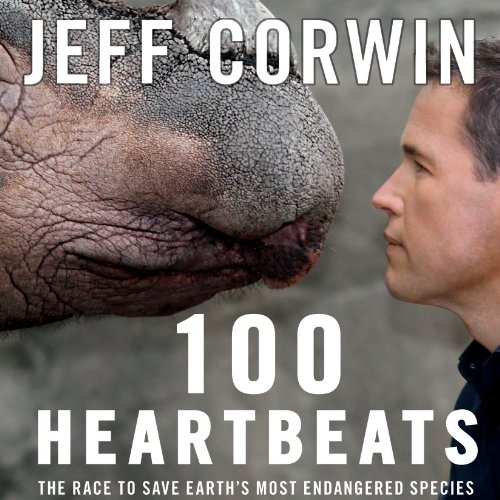 Popular television host Jeff Corwin takes listeners on a gripping journey around the world to meet the animals threatened by extinction.

It's no secret that our planet is in crisis. Environmental threats such as climate change, pollution, habitat loss, and land degradation threaten the survival of thousands of plant and animal species. In 100 Heartbeats, Jeff Corwin provides an urgent portrait of the wildlife teetering on the brink. From the forests slipping away beneath the stealthy paws of the Florida panther, to the giant panda’s plight to climb ever higher in the mountains of China, Corwin takes you on a global tour to witness firsthand the critical state of our natural world. Along the way, he shares inspiring stories of battles being waged and won by the conservationists on the front lines of defense. The race to save the planet’s most endangered wildlife is under way. Every heartbeat matters.