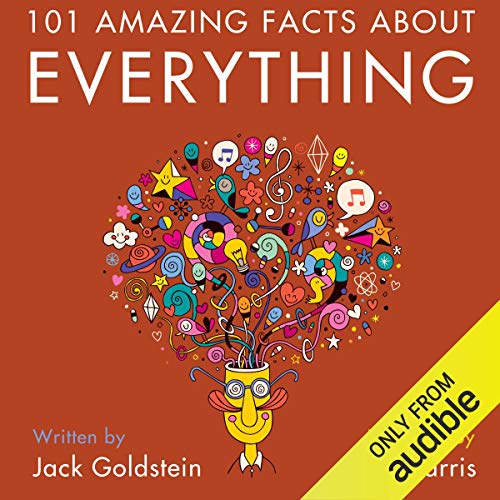 101 Amazing Facts About Everything

Which book holds the record for being the one most often stolen from shops? Why was President Andrew Jackson's parrot ejected from his funeral? Why did a Brazilian Emperor not do anything to stop a military coup against his rule? And where are 50 percent of all the world's roundabouts found?

In this fascinating audiobook, Kent Harris talks us through more than 100 of his favourite facts, covering everything from animals to war, the corporate world, Hollywood and much more.

Warning: You should only listen to this book if you're 100 percent prepared to have your mind blown!

I loved it. Only negative is that the narrator spoke too fast. overall a great book.