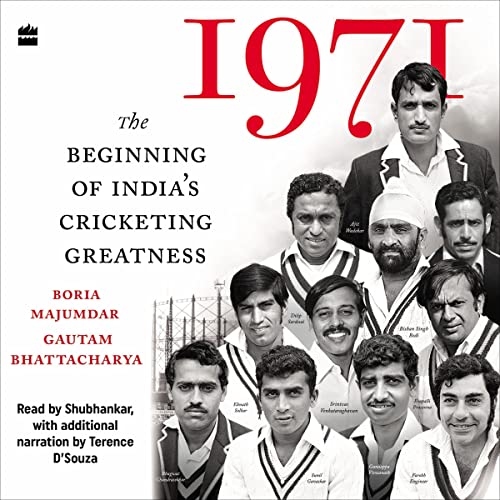 The year 1971 was the one that changed Indian cricket forever. Accustomed to seeing a talented but erratic Indian team go from one defeat to another, a stunned cricketing world watched in astonishment as India first beat the West Indies in a Test series on their home turf and then emerged victorious over England - in England. Suddenly, the Indian team had become a force to reckon with.

Boria Majumdar and Gautam Bhattacharya's book is a thrilling account of the 1971 twin tours that brings to life the on-field excitement and the backroom drama. Against a canvas that features legends: Pataudi and Wadekar, who captained India to the two sensational series victories abroad; Sardesai, Durani, Viswanath, Engineer, Solkar, Abid Ali; the famed spin quartet of Bedi, Prasanna, Chandrasekhar, and Venkataraghavan; and a young batsman named Sunil Gavaskar who was making his debut - it is the tale of a young country ready and eager to make an impression on the world stage.

Fifty years later, this is a wonderful book with which to relive those glory days.

What listeners say about 1971

The book is good and the subject is fascinating for Cricket Lovers. The storyline is attractive, but the matter is very average. The narrative is very repetitive and the on ground incidents are completely not covered. Though background stories are interesting , but has little relevance after 50 years .
newspaper based article is prioritized and Cricket is secondary here.
Audible recording is good