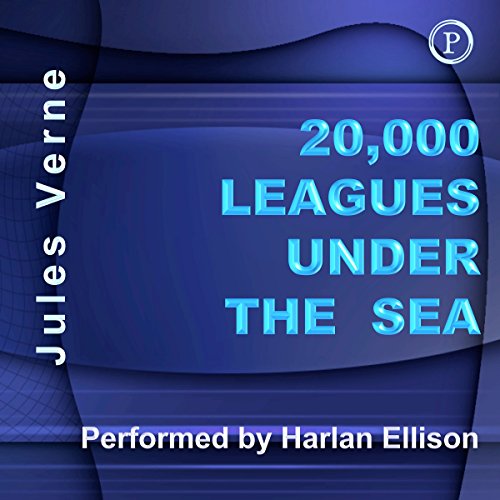 This classic adventure story written by the "Father of Science Fiction", Jules Verne, chronicles a fantastic voyage from the lost continent of Atlantis to the South Pole. Professor Aronnax, his faithful servant Conseil, and the Canadian harpooner, Ned Land, set out on a hazardous voyage to rid the seas of a little-known and terrifying sea monster.

Discovering that the monster is in fact the giant submarine "Nautilus", they are soon captured by its mysterious commander, Captain Nemo.

Narrated by award-winning author Harlan Ellison, who also served as a creative/conceptual consultant on both The Twilight Zone and the Babylon 5 television series.

What listeners say about 20,000 Leagues Under the Sea