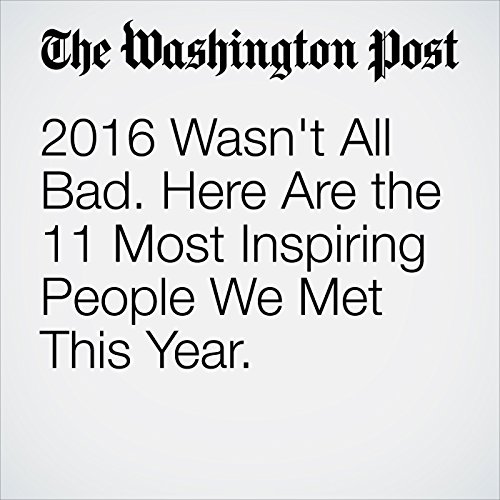 For many, the end of 2016 can’t come soon enough. It’s been excruciating at times, testing our resolve, pitting us against one another, taking a generation of beloved cultural icons. Merriam-Webster named “surreal” its word of the year, which sounds about right.

"2016 Wasn't All Bad. Here Are the 11 Most Inspiring People We Met This Year." is from the December 29, 2016 National section of The Washington Post. It was written by Colby Itkowitz and narrated by Jenny Hoops.