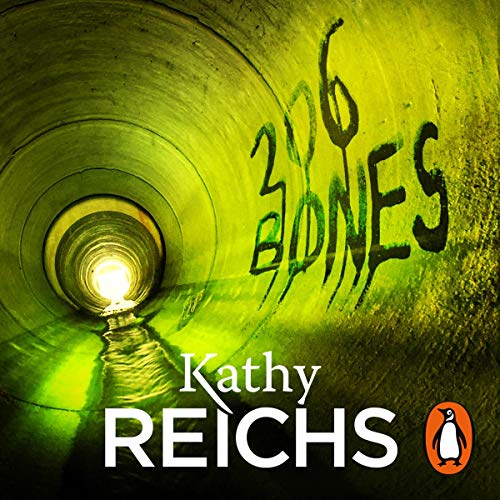 'You have an enemy, Dr Brennan. It is in your interest to learn who placed that call.' A routine case turns sinister when Dr Temperance Brennan is accused of mishandling the autopsy of a missing heiress. Someone has made an incriminating accusation that she missed or concealed crucial evidence. Before Tempe can get to the one man with information, he turns up dead.

The heiress isn't the only elderly female to have appeared on Tempe's gurney recently. Back in Montreal, three more women have died, their bodies brutally discarded. Tempe is convinced there's a link between their deaths and that of the heiress. But what - or who - connects them?

Tempe struggles with the clues, but nothing adds up. Has she made grave errors or is some unknown foe sabotaging her? It soon becomes frighteningly clear. It's not simply Tempe's career at risk. Her life is at stake too.

"Reichs has reasserted her supremacy in the field...206 Bones � with its fresh plot involving the discarded bodies of dead women, and Tempe�s own niggling self-doubt � is vintage Reichs."( The Independent)

What listeners say about 206 Bones

I have read each one of Kathy's books but the last 2 or three including this one seem to be written with less attention to plot and detail and more as quick sellers. The characters have become somewhat tedious and I found myself getting irritated with Tempe's rather petulant character which has become childish rather than interesting. Although there were twists in the tale, they were not very convincing and I found it a bit predictable and unlikely. I would have liked to have seen more attention to the development of the main characters and their relationship. I guess that part of the attraction is keeping track of the main characters so it is dissapointing when they do not really develop. It was all a bit trite.