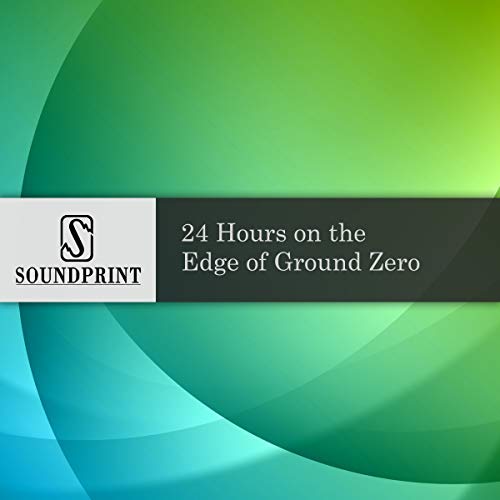 24 Hours on the Edge of Ground Zero

Written by: Soundprint
Narrated by: Barbara Bogaev
Free with trial

In the weeks and months leading from the 9-11 attack, what was life like around the perimeter of Ground Zero? A snapshot of history, 24 Hours on the Edge of Ground Zero explores the landscape that is disaster area, tourist attraction and shrine. Beginning at 7:00 a.m. on December 12th, 2001, reporters Jad Abumrad and Sesh Kannan collected conversations, stories and sounds between the perimeter and Nino's Restaurant, a 24 hour eatery open only to rescue workers. They discovered two types of people: the tourist and the rescue worker. How do these two groups differ in their experience of Ground Zero? As you travel through the 24 hours, it becomes clear that the situation itself resists summary. The visitors aren't merely "tourists" and the rescue workers aren't just "heroes."

Here are some related Soundprint documentaries:
The Arc of Crisis Bringing Context to Journalism, produced by William Drummond
Defending The Future, produced by Steve Roberts, Sesh Kannan, Carol Beach
Legacies, produced by Soundprint
We Were on Duty, produced by Richard Paul