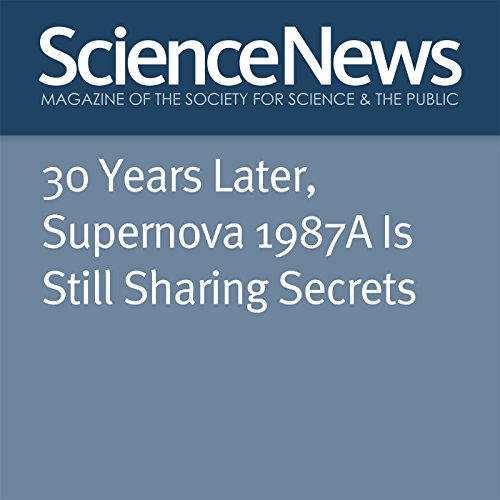 With roughly 2 trillion galaxies in the observable universe, there’s almost always a star exploding somewhere. But a supernova close enough to be seen with the unaided eye is a rare event. In the Milky Way, astronomers estimate, one goes off every 30 to 50 years. But the most recent one seen was in 1604. At a distance of about 166,000 light-years, SN 1987A was the closest since the time of Galileo.

"30 Years Later, Supernova 1987A Is Still Sharing Secrets" is from sciencenews.com, published on February 8, 2017.