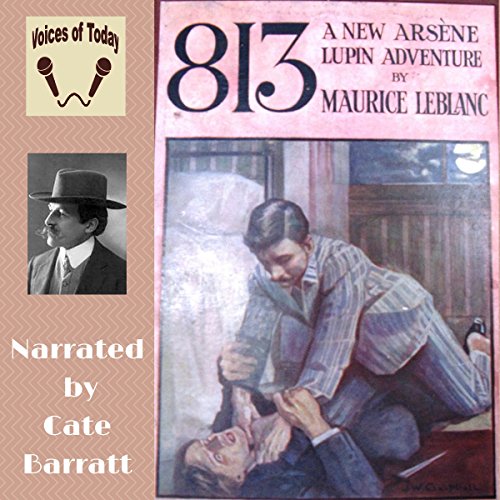 Over a 25-year period, author Maurice Leblanc wrote of the exploits of gentleman thief and master of disguise Arsène Lupin, to the delight of readers on the continent and elsewhere. Often referred to as France's version of Sherlock Holmes, Lupin in this early appearance is wrongfully accused of the death of a prominent German millionaire with nefarious plans. The thief and the mysterious killer find themselves in a race to find an incriminating bundle of letters that, in the wrong hands, could change the political map of the world.

What listeners say about 813

This is a new author for me so I was unfamiliar with his style. The story is well told, interesting and complex with an intricate plot. I did at times have some difficulty tracking the various characters but overall enjoyed the book. The narrator does a fabulous job of taking you into the story. She has a smooth wonderful flow. Her pronunciation of names and locals is spot on and carries on that feeling of being in the story. I would recommend the book and will look for more by this narrator.