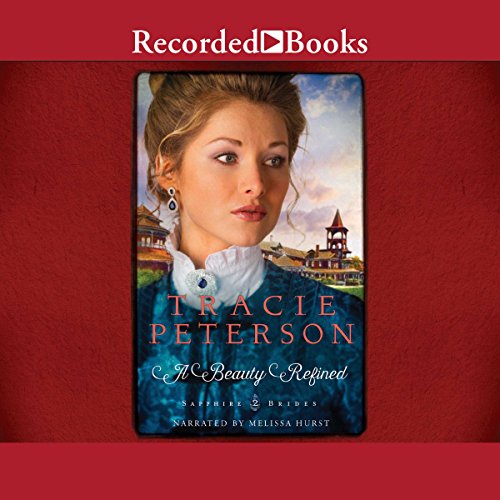 Phoebe Von Bergen is excited to accompany her father when he travels from Germany to purchase sapphires in Montana. Little does she know that her father's plans - for the gemstones and his daughter - are not what they seem.

Ian Harper, a lapidary working in Helena, finds the young woman staying at the Broadwater Hotel more than a little intriguing. Yet the more he gets to know her, the more he realizes that her family story is based on a lie - a lie she has no knowledge of. And Ian believes he knows the only path that will lead her to freedom.

Meeting Ian has changed everything. Phoebe is determined to stay in America, regardless of her father's plans. But she may not be prepared for the unexpected danger as the deception begins to unravel.

What listeners say about A Beauty Refined

I always enjoy this author

it is so refreshing to listen to a book without having to worry about foul language or lurid scenes. I can buy books from this author and know that I will always feel good about listening to the book when I am done

Such a great story filled with suspense, secrets revealed, love found a faith leading the way. The narrator was perfect!

it was a good story but the preaching was a bit overkill and very repetitive.

Sory is okay but narrator is just reading.

It seems like she is just reading, not much voice inflection, although it's not totally "ben-stein-ish".

OK, but not my type of book

inspirational, no suspense, predictable, not my type of book
narrator not very good, would not reread

This is a really sad story. I know bad things happen but I really don't want to hear about them in such detail. This book brings too many thoughts of all the bad that happens in this broken world. It made me depressed. I choose to spend time thinking about the good and that is what we are instructed to do. Oh, it ends all happily ever after but too much darkness before you get there.