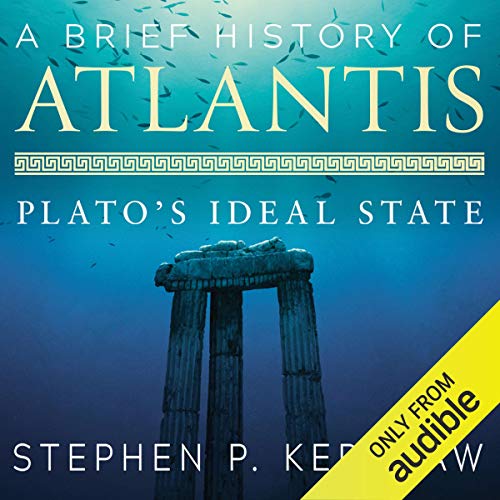 A Brief History of Atlantis

The Atlantis story remains one of the most haunting and enigmatic tales from antiquity and one that still resonates very deeply with the modern imagination. But where did Atlantis come from, what was it like, and where did it go to?

Atlantis was first introduced by the Greek philosopher Plato in two dialogues, the Timaios and Kritias, written in the fourth century BC. As he philosophises about the origins of life, the universe and humanity, the great thinker puts forward a stunning description of Atlantis, an island paradise with an ideal society. But the Atlanteans degenerate and become imperialist aggressors: they fight against antediluvian Athens, which heroically repels their mighty forces, before a cataclysmic natural disaster destroys the warring states.

His tale of a great empire that sank beneath the waves has sparked thousands of years of debate over whether Atlantis really existed. But did Plato mean his tale as history or just as a parable to help illustrate his philosophy?

The audiobook is broken down into two main sections plus a coda - firstly the translations/commentaries, which discuss the specifics of the actual texts; secondly a look at the reception of the myth from then to now; and thirdly a brief round-off bringing it all together.

A lot of data

A lot of data, which would be expected from an academic.. Despite the author links it to some well known events, people through the history, still it is too much. I got lost in the area of great discoveries when after the name of the person the dates were told as well.
I have to confess I have not finished the book. I dropped out somewhere in the middle with the intention to return.
Iam not an expert on the Atlantis topic, however seems the book collects most of the data starting from the ancient times, of course adding the author's comment. It is interesting to see how a myth can survive and morph through ages.

I have to acknowledge, Peter Silverleaf does a superb narration on this difficult material, probably without him I had not gotten even so far.