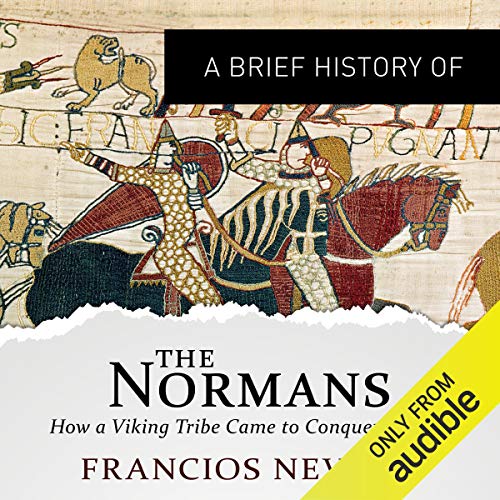 A Brief History of the Normans

The history of the Normans began a long time before 1066. Originating from the 'Norsemen' they were one of the most successful warrior tribes of the Dark Ages that came to dominate Europe from the Baltic Sea to the island of Sicily and the borders of Eastern Europe.

Beginning as Viking raiders in the eighth century, the Normans not only changed the landscape of Europe but were changed by their new conquests. As a military force they became unstoppable; as Conqerors, they established their own kingdom in Normandy from where they set out on a number of devastating campaigns, where they also introduced innovations in politics, architecture and culture.

In A Brief History of the Normans Leading French historian, Francois Neveux, gives an accessible and authoritative introduction.

Good use of too many names and titles

If your interested in this subject, and have a map close by, this book answers many questions about Europe

Do you want to know what eras this book includes?

This audiobook is:
a) about 11% early Norse culture and history
b) about 9% Viking history
c) about 7% Frankish history in and near to the area that would become Normandy
d) (I haven't listened yet, but I imagine the rest is about the Normans.)
Audible doesn't let you update your reviews, so that's all I can tell you.