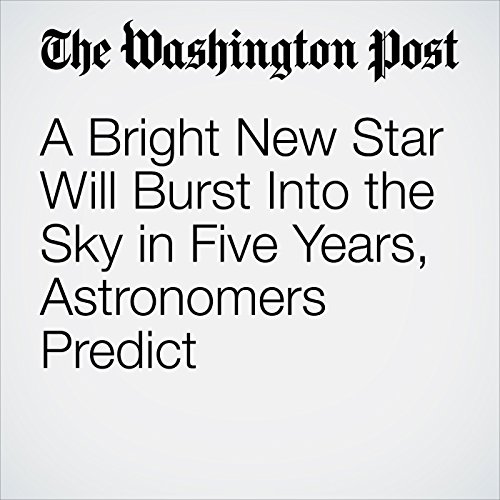 A Bright New Star Will Burst Into the Sky in Five Years, Astronomers Predict

When the two stars in the binary system crash into one another, they will create a brick-red beacon so bright that sky gazers will see it with the naked eye, Larry Molnar of Calvin College said Friday at the American Astronomical Society meeting in Grapevine, Tex.

"A Bright New Star Will Burst Into the Sky in Five Years, Astronomers Predict" is from the January 06, 2017 Speaking of Science section of The Washington Post. It was written by Blaine P. Friedlander Jr. and narrated by Jill Melancon.

What listeners say about A Bright New Star Will Burst Into the Sky in Five Years, Astronomers Predict