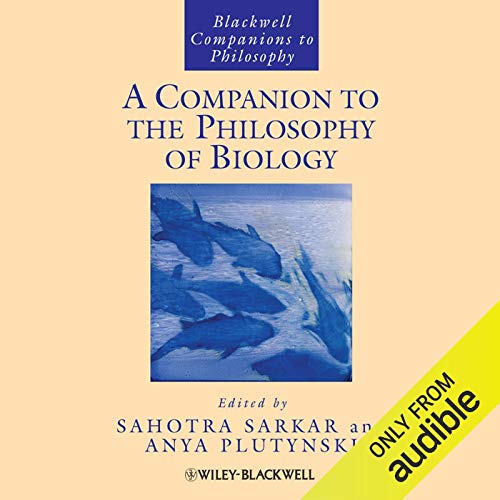 A Companion to the Philosophy of Biology offers concise overviews of philosophical issues raised by all areas of biology. Addressing both traditional and emerging areas of philosophical interest, the volume focuses on the philosophical implications of evolutionary theory as well as key topics such as molecular biology, immunology, and ecology. Comprising essays by top scholars in the field, this volume is an authoritative guide for professional philosophers, historians, sociologists and biologists, as well as an accessible reference work for students seeking to learn about this rapidly–changing field.

Sahotra Sarkar is Professor of Integrative Biology, Geography and the Environment, and Philosophy at the University of Texas at Austin. He is the author of Genetics and Reductionism: A Primer (1998), Biodiversity and Environmental Philosophy (2005), Molecular Models of Life (2005), Doubting Darwin? Creationist Designs on Evolution (2007); co–author of Systematic Conservation Planning (2007); editor of several books, including The Philosophy and History of Molecular Biology (1996), the six–volume Science and the Philosophy in the Twentieth Century: Basic Works of Logical Empiricism (1996), and the two–volume The Philosophy of Science: An Encyclopaedia (2006). Anya Plutynski is Associate Professor of Philosophy at the University of Utah. She specializes in the history and philosophy of science.

What listeners say about A Companion to the Philosophy of Biology

Please ... do not waste your time reading this.

In the last 11 years ... I've read 558 books ... this book is the WORST.
Why ? ... The book is like reading research notes. The book is as dry as the Sahara desert.... The book seems to be written by a bunch of scientist who want to impress their colleagues .... I usually read every book to the end .... However, after suffering through 70% of this book .. I had to delete it. Please ..... do not waste your time reading this book. Thank you !

What was most disappointing about Sahotra Sarkar and Anya Plutynski ’s story?

The book seems to be written by a bunch of scientist who want to impress their colleagues.

What character would you cut from A Companion to the Philosophy of Biology?