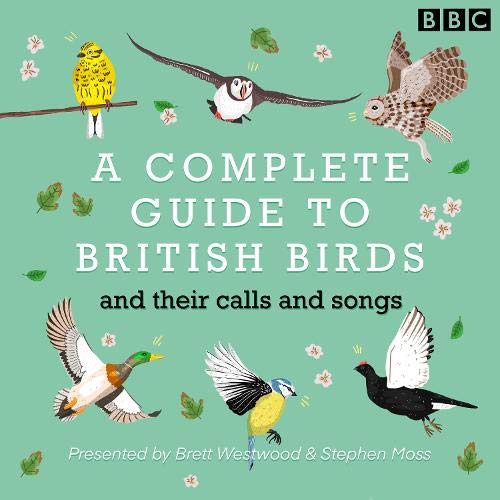 A Complete Guide to British Birds

All six of BBC Radio 4's entertaining and practical guides to the birds of Great Britain, their habitats and their sounds.

Presenter Brett Westwood joins forces with BAFTA award-winning producer and naturalist Stephen Moss for six delightful and informative series, introducing us to some of Britain's most popular and best-loved birds.

Together with wildlife sound recordist Chris Moss, they tour the UK, tracking down the rich variety of species that make their home there - from garden and woodland birds to ones that live on water, by the coast, on farms and in the mountains and moors. Recorded on location in Somerset, the Forest of Dean, Devonshire, the Marlborough Downs and Shropshire's Long Mynd, each programme focuses on a different habitat and type of bird, giving us a comprehensive overview of British avian life.

There's a wealth of advice on how to recognise birds from their appearance and identify them from their songs and calls - enabling you to easily sort out your blue tits from your great tits, and your house sparrows from your tree sparrows. Brett and Stephen also share fascinating facts about bird behaviour, revealing that playful jackdaws enjoy doing acrobatics in air currents and ravens love to 'ski' in the snow.

Full of useful information and helpful tips, this collection will appeal to novice and experienced birdwatchers alike, as well as gardeners, walkers, ramblers and anyone who is keen to know more about the beautiful birds of the British Isles.

A Guide to Garden Birds

A Guide to Woodland Birds

A Guide to Water Birds

A Guide to Coastal Birds

A Guide to Farmland Birds

A Guide to Mountain and Moorland Birds

What listeners say about A Complete Guide to British Birds