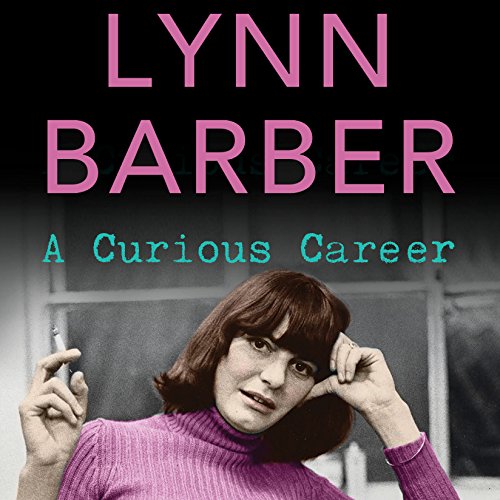 Lynn Barber, by her own admission, has always suffered from a compelling sense of nosiness. An exceptionally inquisitive child she constantly questioned everyone she knew about imitate details of their lives. This talent for nosiness, coupled with her unusual lack of the very English fear of social embarrassment, is the perfect blend for a celebrity interviewer. Barber takes us through her early career at Penthouse where she started out interviewing foot fetishists, voyeurs, dominatrices and men who liked wearing nappies, through her later more eminent career at the Telegraph, Sunday Express, Vanity Fair, Observer and Sunday Times. Barber has interviewed a huge cross-section of celebrities throughout her career; politicians, film stars, comedians, dancers and musicians, including Gore Vidal, Rudolph Nureyev, Lady Gaga, James Stewart and Dirk Bogarde to name but a few. Characterised by her witty and honest style, An Interviewing Life is full of glorious anecdotes such as the interview with Salvador Dali that was only supposed to last one day and ended up running into four at Dali’s invitation, culminating in him gifting her a conical hat made of wax that he had originally designed for his wife to wear to fancy dress ball in the 1930s. Filled with transcripts of interview highlights, such as her infamous interview with the hilarious and spectacularly rude ‘ratty old rock chick’ Marianne Faithfull, and the interview with Rafael Nadal which infuriated his fans so much Barber saw her Twitter followers double so that his fans were able to abuse her online. Not only is An Interviewing Life a fascinating window into the lives of those has she interviewed, but also into the world of journalism itself and into Lynn Barber's own life.

"A Curious Career" is about the art of being nosy. Lynn Barber is more than a legend in her own mind. She is a clever British journalist and author that graduated from Oxford, went to work for Bob Guccione at “Penthouse”, and later created a career in journalism. With a keen sense of what titillates the general public, Barber honed interview skills that elicit the best and worst of famous people of the late 20th and early 21st century.

On one hand, it is easy to see why there is a battle between the press and the famous; on the other hand, what Barber reveals is what the public is often most interested in knowing. A more palatable anecdote is Barber’s interview of Jimmy Savile with questions about his lascivious treatment of young girls, before it is known by the general public. (In 2011, Sir James Wilson Vincent Savile dies in disgrace.) "A Curious Career" is a primer for aspiring journalists; particularly for those who use the interview process to reveal the truth of what is important.

I am a huge fan of Lynne Barber and I enjoyed this audiobook immensely. I put it on in the car when I was giving a lift to a friend and we both cackled like crows

I have always admired Lynn Barber. This book was disappointed. It never really happened. Shame

Loved it wish it were longer
the Shane Mc gowan episode or maybe...Marianne F
Wonderful narration everyone down to T. I bet they had a good laugh doing it.

Wished had been twice as long

I loved this book - it made me laugh out loud on several occasions and i was aghast at the arrogance of some of my 'heroes'. Lynn Barber has got a lovely writing style and highly entertaining. Only misery is that it is far too short.

I really liked this book and have re listened to it again and feel very much that the story is excellent but the voice a bit too BBC 1965. Very plummy. Not relatable to me. But small potatoes. Great listen

Wonderful account of Lynn Barber's career. She is ruthlessly honest about herself and others she's interviewed. Beautifully read, with the narrator reading others quotes in the celebrities voices. Highly recommend.