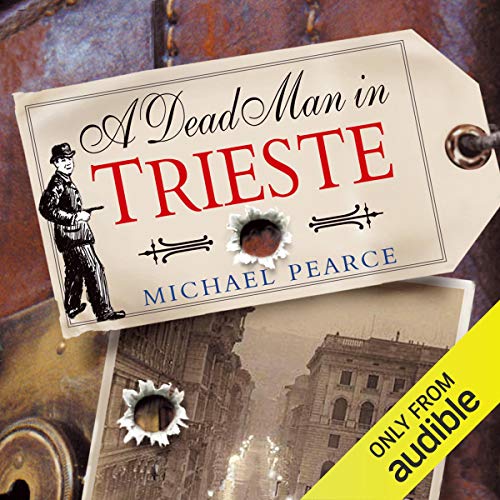 Trieste in the 1900s is one of the greatest seaports in the world, the Austrian Empire's main outlet to the Mediterranean.

But various nationalist movements are threatening to pull the place apart. The militarist regime has trouble keeping a lid on it, the secret police are everywhere, and now the British consul has gone walkabout.

It will take someone from Special Branch to look into it, someone capable of speaking the relevant languages. Only one man fits the bill - Seymour, an officer from an East End immigrant background. Capable, hardworking, but ... not entirely British.

"Aided by the unflagging Mantle, Pearce uses the street life and people of Trieste to convey a vivid sense of the forces and passions that would soon explode into war." (The Sunday Times)

What listeners say about A Dead Man In Trieste

I really enjoyed 'A Dead Man in Istanbul' but was disappointed with this story. The narration is clear but flat as though the narrator is simply stating events for an insurance claim. The story line is much weaker and the clues difficult making the ending appear unrealistic as though the author has had enough of writing and suddenly decides to conclude the story. The ending is far too neat with no loose ends as the main character 'ties' everything up explaining away every happenstance.

The characters are stereo-typical and the narration makes them seem even more mundane and the actual investigation something that the author elects to allude to now and again.

I really enjoyed this book, and was quite confused that the only 2 other reviewers had reviewed it so lowly (without written explanation). It was set in an era and a political situation (Trieste 1910ish) i haven't paid much attention to, so found it very interesting. I hope the rest of the series are similar!