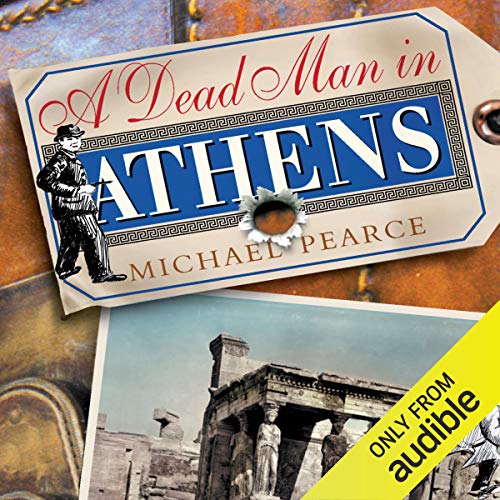 Athens, 1912, and the country is on the brink of war. The new Greek Prime minister Venizelos, tired of the Ottoman overlords, has a dream - which he refers to as his 'Great Idea'.

The idea is to form a new nation, uniting all the Greek people scattered around the Mediterranean. Not such a great idea in the view of other countries, among them Britain, who believes in letting sleeping dogs lie. Not to mention cats. Such as the one recently poisoned in Salonica which belonged to the exiled former Sultan.

Unfortunately, as is the way in the Balkans, rumours start flying around: one being that this was a sighting shot for the ex-Sultan himself. Such gossip could start a war, so the British sit up and take notice. Something has to be done. Fast. And low key.

Enter Seymour, of the CID, who has had some experience of this sort of thing before...

What listeners say about A Dead Man in Athens