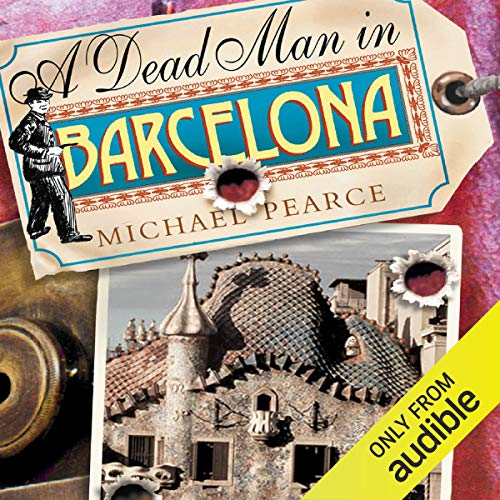 A Dead Man in Barcelona

Barcelona in 1912 is a city still recovering from the dramatic incidents of the so-called 'Tragic Week' when Catalan conscripts bound for the unpopular war in Spanish Morocco had rebelled at the city's dockside against the royalist forces. In the fighting many were killed and afterwards even more were thrown into prison. Including an Englishman, who was later found dead in his cell.

The dead man had been a prominent businessman in Gibraltar. So what had he been doing in Barcelona? And how did he really meet his end? The case, in Gibraltar's view, cries out for investigation - and Seymour ticks all the right boxes.

"This series continues to be distinguished by an intriguing international flavor and its atmospheric depiction of the convoluted political and social arena that characterized turn-of-the-century Europe and the Middle East." (Booklist)

What listeners say about A Dead Man in Barcelona


I have enioyed a few other of Pearce's novels, and I was not expecting a lot from this one.
Mantle is not my favourite narrator for his stories about 'A Dead Man in....'

It was a most interesting plot and well read.

No car chases or superpersons or steamy sexual descriptions, the light hearted humour is still there and there is a mystery...who did kill cock robin?.. and why!

Set in Europe before The Great War. Seymore is sent to Gibralter and Barcelona superficially to investigate theft of Naval Stores while he tries to learn why and how an Englishman died in a Spanish Prison.