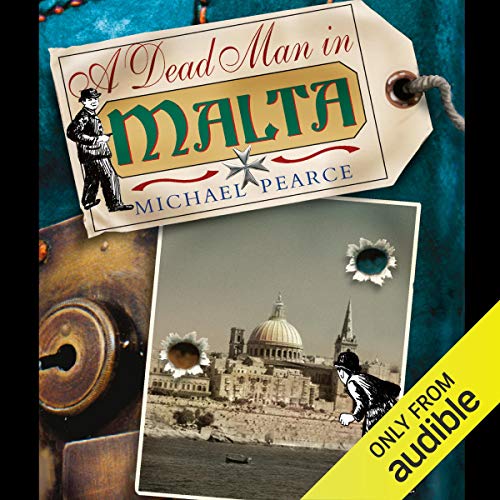 Malta, 1913, and hot air balloons hover over the Grand Harbour. But one of them falls from the sky, the balloonist dying later from his injuries. He is not the only one to die unexpectedly at the Naval Hopspital, however, as a letter to the Times points out. Special Investigator Seymour of the Foreign Office is sent out from London to uncover the truth. Malta is still a British protectorate; indeed, with its red post boxes, English beer, and English language, it seems like an exotic "Little Britain".

But as the rumblings of war reach the small island, many of the old Maltese families are becoming divided in their loyalties, as some start to question Malta's subordinate status and wonder whether the time has come to strike out an independent path for themselves.

The letter to the Times has touched a raw nerve, as Seymour soon finds out: Is it simply a critique of bad nursing practices? Or is there a different, more sinister explanation?

What listeners say about A Dead Man in Malta

I loved this series and I am sorry this will be the last one of the series. I have the entire series and I just love it. There is mystery, humor, and great writing.

The focus is the murder in a hospital of a German Ballonist and later we discover there were other suspicious deaths. In solving these murders Seymour as always works well with the local people and fits into his surroundings.

Michael Pearce has written several detective series set in pre-WW1. He has the Mamur-zapt set in Egypt and now Seymoour who goes to various countries to solve problem for the Foreign Office.

The author was born in the Anglo-Egyptian Sudan and served in Egypt. He really knows the various areas he portrays in his books from having been and served there. His books always have an authentic air about them.

As always Michael Pearce really understands the period and portrays it very well. There is always humor in his books which makes them doubly enjoyable. They are not long books and listening to them goes fast as they are so fascinating.

Clive Mantle does an excellent job as narrator and is good at different voices.

Both the mystery and Malta are missing. This story could be set anywhere, any time. An almost total lack of detail for setting, clothing, culture, arts, leave the reader ungrounded. If a couple characters didn't mention 1913 and a possible war with Germany, it would be difficult to place the story in any time period. The story is mostly talking heads, Tag lines make up a large part of the text.

The supposed main character, Inspector Seymour from the British Foreign Office, barely appears in the story. The mystery and the murder are overwhelmed by lengthy, repeated stories about village rivalries, bands, sporting events. The revelation of the murderer was
underwhelming. I still don't understand the motive for the murders.