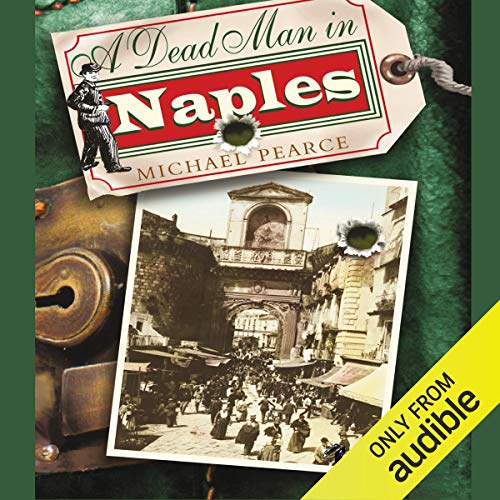 Naples, 1913. Sun-baked, blue-skied, and with its amazing bay it is one of the most beautiful spots in Italy. But it’s also one of the most corrupt. A new arrival here is a junior British official, Scampion, who has already been banished from Florence. Scampion, however, brings with him a new craze that is sweeping Italy: bicycling.

But one day as he walks home after a bicycle race, he is stabbed to death. That happens all the time in Naples, but remarkably his wallet was not taken. Could Scampion’s murder have something to do with the race? Bicycling may seem a harmless pursuit, but Neapolitans are great gamblers. And soon Seymour, our man from the FO, is sent out to investigate.

What listeners say about A Dead Man in Naples

I actually like the Seymour series better than the other series by this author. Also I love anything narrated by Bill Wallis!!
This one features Seymour In Naples with his fiancée Chantal. Lively evocation of Naples shortly before WW I, and the clash of cultures present at the time. Period details and fascinating characters are more interesting than the mystery, really, although nicely wrapped up ending.

Very poorly read with italian characters being given Irish accents or cockney accents it was impossible to follow with any seriousness. Rubbish

What disappointed you about A Dead Man in Naples?

The review piqued my interest into listenin, but the story and characters were flat and boring. The narration was good and I plodded through to the end...but was grateful when the ridiculous plot came to an end.

A Jo Nesbo book or some historical fiction novel.

Would you be willing to try another one of Bill Wallis’s performances?

What character would you cut from A Dead Man in Naples?

All of them! There was nothing redeeming about the story.