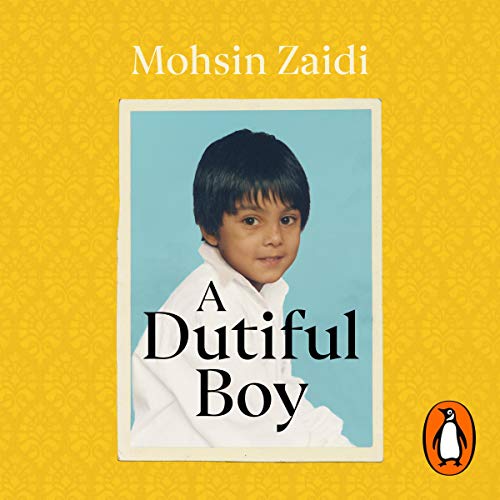 A coming-of-age memoir about growing up queer in a strict Muslim household. Like Educated with a modern British context.

Mohsin grew up in a deprived pocket of East London; his family was close-knit but very religiously conservative. From a young age Mohsin felt different, but in a home where being gay was inconceivable, he also felt very alone. Outside of home Mohsin went to a failing inner city school where gang violence was a fact of life.

As he grew up, life didn’t seem to offer teenage Mohsin any choices: he was disenfranchised as a poor brown boy, and he was isolated from his family as a closet gay Muslim.

However, Mohsin had incredible drive, and he used education as a way out of his home life and as a means to throw himself into a new kind of life. He became the first person from his school to go to Oxford University, and there he found the freedom to come out to his friends.

But Oxford was a whole different world with its own huge challenges, and Mohsin found himself increasingly conflicted. It came to a head when Mohsin went back to visit his parents only to be confronted by his father and a witchdoctor he'd invited to 'cure' Mohsin.

Although Mohsin's story takes harrowing turns, it is full of life and humour and ends inspiringly. Through his irrepressible spirit Mohsin breaks through emotional and social barriers, and in the end he even finds acceptance from his family.

Now Mohsin is a top criminal barrister who fights large-scale cases on a daily basis. Having faced battles growing up, he truly understands the importance of justice as a way of life.

What listeners say about A Dutiful Boy

One of the best books you’ll ever read

Having grown up in a Muslim, Indian family, this book resonates in a way I can’t even explain. I wish I’d had Mohsin’s story to help me through high school when I really needed it.

Mohsin’s memoir is both intense and funny. He captures how south Asian culture leaves one in a difficult position of choosing between the obligations of the family versus the obligations to the self, and his way of navigating it.

This is the book every Muslim and every parent should read.

Heartbreaking and inspiring in equal measures. I’ve laughed out loud and ugly cried at the same time. Sathnam was right, this book will save lives. Thank you for telling your story MZ, it was a pleasure to hear you tell it in your own words on audible.

It’s always beautiful to read a story that contributes so well to the collective consciousness. I’m not Pakistani, gay, Muslim or male but it was very easy to connect with this experience of conflict between who you are seemingly ‘meant’ to be and who you truly are. This memoir is beautifully written at the right time - when all the different parts of oneself are reconciled. Thank-you for sharing your story.

This book does what you hope every book will do; grab you from the first page and not let you go until the last. It is unique yet relatable; An absolute must read.

Zaidi’s memoir is brave, charming and utterly compelling. At a time when it feels like the whole world is backsliding, Zaidi’s book is an incredibly welcome reminder that progress has been made - and it will be narrative’s like his - that ensure that progress continues. I finished the book feeling wiser, struck by Zaidi’s honesty and imagery and with a real sense of hope for the future.

An outstanding story of the triumph of love over adversity

This is a heart rending story of an amazing young man’s struggle with faith, culture, racism and homophobia amongst other things. Our world has so much pain and injustice; we all suffer from their effects and we are all part of the problem. Mohsin beautifully shows us how he and his family overcame through the power of love. This story is an inspiration for all. I highly recommend it!

This is a beautiful, honest, heartwarming memoir.

Mohsin’s narration just enhances the telling of his experience of accepting his homosexuality, protecting his much loved parents while seeking their acceptance and juggling the various elements of his life, his faith and his work, to living his life fully.

I challenge anyone not to be moved by Mohsin’s story. (I cried solidly at several points in the book - it’s just brilliant.

The most beautiful book of the year

It’s a true testament to a book when it can make you completely forget your surroundings and be fully immersed in the words. This did just that, but in a way, I rather wish it didn’t because it meant I cried in public way too often.

My favourite book of the year. So beautifully told.

a story for the heart and the mind

such a compelling story. at times I was completely overwhelmed by the honest and personal nature of the narrative. thank you for sharing your truth, Mohsin Zaidi.

A truly amazing memoir that is immensely important for the LGBTQ+ community and allies!

Heart warming, heart breaking, funny. I loved it. The story of connection to self and others. Incredibly powerful.

Beautifully written. A lot of hardship punctuated with moments of tenderness and forgiveness. Can empathise with feeling of anguish and also underestimating people's ability see through the walls built up internally.

A wonderful story that explore the traditional life of south Asian Islamic culture. A times heartbreaking, at times heartwarming. A dutiful boy is a excellent addition to understanding just how we can all move forward… together.

A moving story of courageous humans.

I really enjoyed this book and loved that it is read by the author, such a moving, heartfelt memoir, made me laugh and cry.