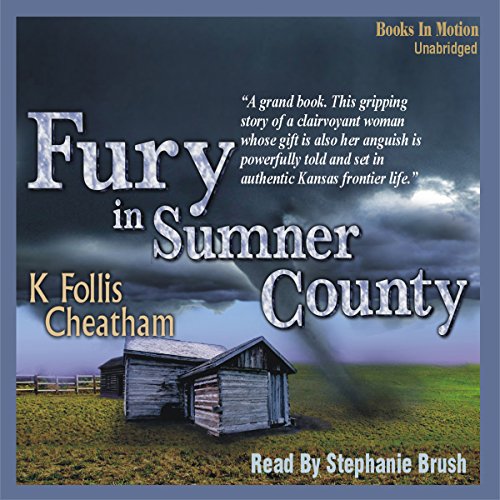 A Fury in Sumner County

It's the spring of 1868, and a businessman in Sumner County, Kansas, has been brutally murdered. Not only does Ellen Hargrove find the body of cattleman Francis Stone, but within days, she is certain James Montgomery committed the crime - but how to convince anyone? Her knowledge isn't based on evidence, but rather on her own clairvoyant visions.

Ellen tries to deny her precognition, just as she did the previous autumn when she foresaw her husband's death by drowning. Burdened with guilt for his death, she is certain she could have done something to prevent it. Now her second sight about James Montgomery haunts her. When more murders come to light, Ellen feels obligated to prove what she senses.