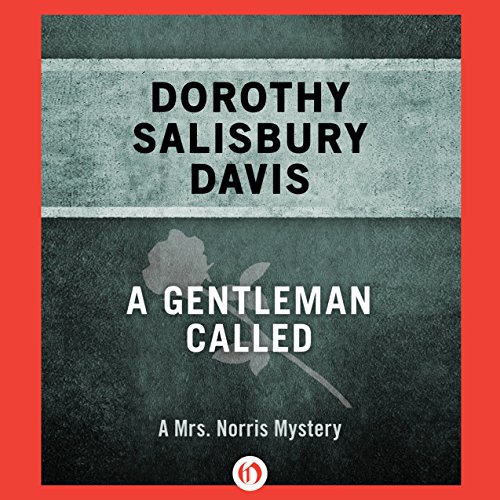 As housekeeper to James Jarvis' recently deceased father, a retired major general of the US Army, Mrs. Norris has raised Jimmie since boyhood. Now the Wall Street lawyer faces a challenging case. The son of one of the firm’s old blue-blood clients has been slapped with a paternity suit. But Teddy Adkins swears he never slept with the woman. Meanwhile, Mrs. Norris is miffed when her gentleman friend Jasper Tully, the widowed chief investigator for the Manhattan DA’s office, cancels one dinner date after another because a real estate magnate has been found strangled in the bedroom of her Upper East Side apartment. Jewelry was stolen, but there are no signs of a break-in. Tully’s investigation turns up a trail of strangulations that extends all the way to the Midwest. As Mrs. Norris pursues her own unorthodox investigation, she uncovers a shocking link between the cases that threatens her very life. A Gentleman Called, a finalist for the Mystery Writers of America’s Edgar Award, is the second novel in Dorothy Salisbury Davis’ Mrs. Norris Mysteries, which also include Death of an Old Sinner, Old Sinners Never Die, and “Mrs. Norris Observes”, a short story in the collection Tales for a Stormy Night.