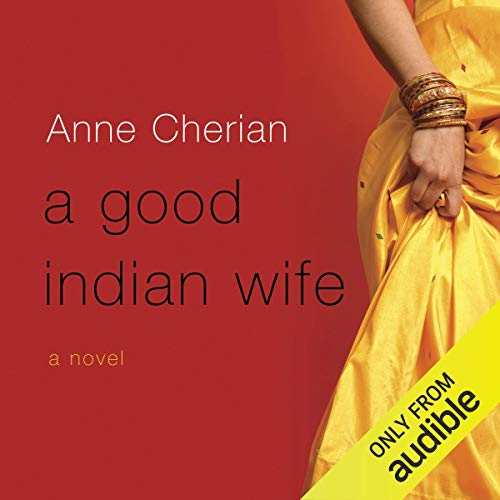 Handsome anesthesiologist Neel is sure he can resist his family’s pleas that he marry a "good" Indian girl. With a girlfriend and a career back in San Francisco, the last thing Neel needs is an arranged marriage. But that’s precisely what he gets. His bride, Leila, a 30-year-old teacher, comes with her own complications. They struggle to reconcile their own desires with others’ expectations in this story of two people, two countries, and two ways of life that may be more compatible than they seem.

What listeners say about A Good Indian Wife

Simple and interesting, nicely narrated.
Leela's character could have been portrayed in more stronger way.

The story line was good, but I was disappointed and very annoyed with the mispronounced Indian words. It made the story seem less authentic.

Not big on content or emotion. Very light read.

I was disappointed in the content and light story. Not much description of what makes a "Good Indian Wife" or insight into Indian customs and thought processes. The character's were not really developed enough for me to "feel" or "know" who they are. I was also very disappointed with how the story seemed more about Indian men desiring white women. And then there was the use of the "N word" which through me for a loop. It was unnecessary and served no purposes other than to point out that African Americans are still referred to in this manner behind closed doors. It seemed like the author just wanted to say it! Absolutely no purpose in the story. Shame on the author. And the narrator added no emotion or feeling to the characters. 3 stars might be generous.

I cringed throughout the reading of this book. Almost every Indian reference was pronounced incorrectly. It made what could have been a good story, awful.

One of my favorite stories in a long long time

Some reviews call this is Chick story – maybe it is, but I loved it. This is a story of East meets West and Indian traditions. I could really relate to the story because I am white and married to an Indian doctor. Each character is weaved throughout the story effortlessly.
I just bought the author's other book, the invitation, and look forward to reading that as well.

Although this book was filled with lots of details that gave a very thought-provoking window into the Indian culture, and I think most people would find that interesting, this still seemed like a "Chick Lit" kind of book to me. Or perhaps a story we'd see on the Hallmark Channel.

Suneel Sarath (known as Neel) is a doctor, educated in America, living and working in California, dating an American woman. However, his family really want him to marry a "good Indian girl," and so, when the chance arises to call him home to India (his grandfather is very ill) his mother and aunt seize the opportunity to connect him with Leila, a lovely young woman who, for various reasons, has been turned down by past potential Indian grooms, and who feels she will never be a bride. They do marry, but when they return to California, he has to decide what to do about his long-time girl friend Caroline (pronounced, she insists, "the French way"). This leads to his having something of a double life for a while, till things force the situation as the book moves toward it's end.

The good parts of this book are, that I enjoyed hearing about the Indian culture, the characters were interesting, and the story did move along. However, I felt that it was kind of predictable, the narration was a bit bland, and in the end, there was little about it that I'd call memorable (for myself, at least). It was a good listen--and worth the time, but not as deep or exciting as I had hoped when I purchased it. I think I was expecting something different. But if you are seeking a light summer read--this is well worth the credit.

What disappointed you about A Good Indian Wife?

The beginning of the book, set in India looked very promising but quickly went downhill. None of it was believable. By the time the couple move to the USA. It loses all credibility. It is tedious with dislikeable characters.

I felt that the author had a good idea but no ability to develop the plot.

What character would you cut from A Good Indian Wife?