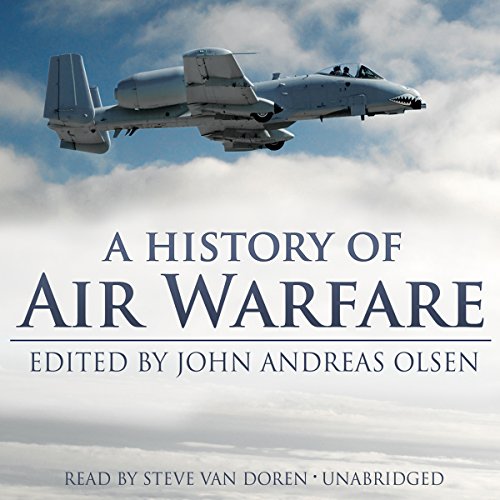 A History of Air Warfare

This one-volume anthology provides a comprehensive analysis of the role that air power has played in military conflicts over the past century. Comprising 16 essays penned by a global cadre of leading military experts, A History of Air Warfare chronologically examines the utility of air power from World War I to the second Lebanon war, campaign by campaign.

Each essay lays out the objectives, events, and key players of the conflict in question, reviews the role of air power in the strategic and operational contexts, and explores the interplay between the political framework and military operations proper. The concluding section offers wider perspectives by focusing on air and space power in both unconventional and conventional warfare from 1913 to the present.

More than a simple homage to air power, A History of Air Warfare exposes air power’s strengths and weaknesses and, where relevant, illuminates the challenges of joint operations and coalition warfare. Because of its critical approach, even treatment, and historical background, the book will appeal to modern warfare scholars, air power specialists, and general readers interested in military history alike.

“A History of Air Warfare is an epic work that captures all the essential elements that have made the airplane a dominant force in warfare.” (General Charles A. Horner, USAF (Ret.))
“John Olsen has assembled the best historians of air power; the result is a superb overview, indispensable to anyone interested in how the expansion of warfare into the third dimension has transformed the art of war. A first-rate work.” (Eliot Cohen, Robert E. Osgood Professor of Strategic Studies, Johns Hopkins University)
“ A History of Air Warfare is…in a class of its own. Olsen and his very expert authors deliver on the promise of providing a history of air power that is both appreciatively celebrating and critical, as the record requires. No existing history even comes close to Olsen for domain, depth, and contextual analysis.” (Colin S. Gray, professor of politics and international relations, University of Reading)

What listeners say about A History of Air Warfare

It was a bit of a struggle to get to the end of this book - but I did it. Only for the hard core military history buff. Very technical, lots of jargon.

Would you try another book from John Andreas Olsen and/or Steve Van Doren?

The subject is interesting, and is clearly & logically laid out - I didn't always agree with the various authors analyses but their arguments are both well informed & well argued. The scholarly tone of the book does make it somewhat dry, which isn't to everyone's taste, but it is clear that this book was never intended to be a collection of anecdotes, and as such was I think well presented.

Would you recommend A History of Air Warfare to your friends? Why or why not?

No! the fatal flaw with this book is in the choice of narrator. The following aspects of his performance served only to irritate me continually throughout the entire book: -
- A smug tone by which he conveyed his obvious delight at the sound of his own voice.
- His inability to pronounce a wide of words accurately or without a degree of pompous over emphasis.
- His seeming boredom at having to read the book at all.

I would not inflict this reading of this book on anyone!