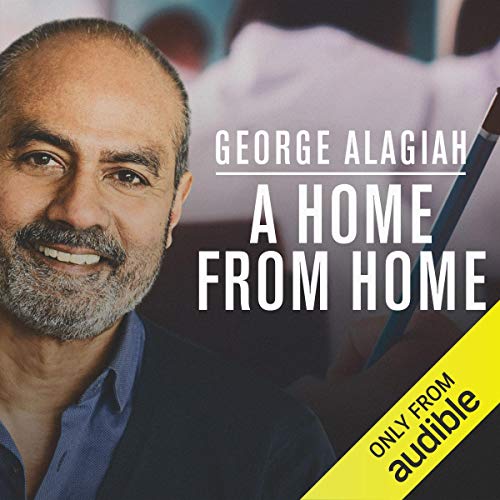 When George Alagiah was dropped off at a Hampshire boarding school as a child back in 1967, he was confronted with an extreme version of the private struggle faced by all immigrants - the battle to leave the past behind and fit into a new culture.

His arrival in Britain coincided with the unhappy intrusion of race into politics. A key part of the ensuing fight against racism was the concept of multiculturalism. But in a closely argued and forthright chapter, Alagiah suggests that, far from improving the prospects for some immigrants, multiculturalism may be an impediment to integration. All too often these are the poor and isolated communities who most need the help of the state to break out of what is fast becoming a version of ghetto life.

Above all, this book is a tender and evocative portrayal of the immigrant experience. Alagiah brings colour and life to a subject that is too often reduced to screaming tabloid headlines and he sheds light on the controversial question of British identity.

What listeners say about A Home from Home

Loved it, start to finish. Will be revisiting soon. A must-read for anyone keen to know about the immigrant experience. A must-listen for those among them keen to improve their English language skills.

Published in 2007, George Aligiah's Home from Home is now released by Audible with an updated Preface. Significant opinions surrounding immigration have developed since that time which makes some of Aligiah's statistics and comments seem out of date, but this doesn't invalidate his central well documented thesis.

The book is part very enjoyable memoir full of anecdote: the story of the migration of his Sri-Lankan parents via Ghana to England and his own gradual immersion in another culture after as a young boy in 1967 he was deposited in his new unknown 'home' country at his Roman Catholic boarding school in Portsmouth. Aligiah is well aware that his metamorphosis from immigrant boy to highly respected Englishman is in no way typical of the immigrant experience, but this doesn't affect the power of his arguments which are generously and variously illustrated by the true-life experiences of many different immigrants.

Central to Home from Home is Aligiah's investigation into the concept of multiculturalism in Britain. Has it been an impediment to integration, resulting in ghettoes of disparate minorities? Have these ethnic differences -embedded partly through the embracing of 'diversity' by schools - fuelled urban unrest? He believes it has. Aligiah doesn't shy away from sensitive topics. He shows, for example, very clearly the ill effects of first cousin and forced marriages and the concept of honour particularly within particular Pakistani communities, and how these customs have become 'ossified' in certain British Pakistani communities, whilst in the rural areas of Pakistan from which they have migrated have ironically actually progressed and have become less rigid.

Aligiah is consistently fair and generous and he reads it (as you would expect!) extremely well. Some may criticise him for being over-positive about the effects of immigration on the host country, but whatever you think, Aligiah will make you think some more.