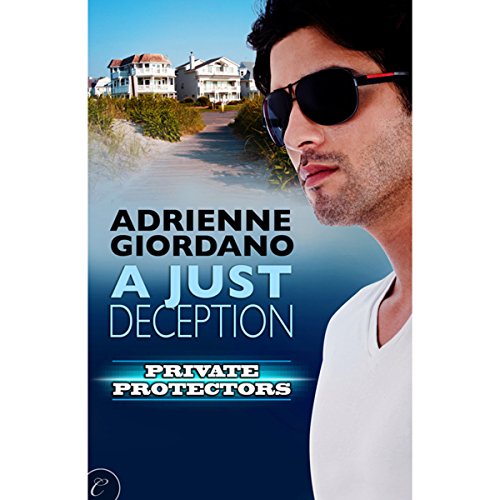 The protector: Peter Jessup, former Navy SEAL, currently employed by Taylor Security. He likes being the hero—in charge and in control.

His client: Lawyer Isabelle DeRosa. The sexy brunette is the personification of Peter's fantasies. She's willing to get physical, but nothing more serious.

The assignment: When Isabelle becomes the prime suspect in the murder of her cousin, Peter is there to protect her and help her find the real killer. Their investigation leads to a big-name charity that seems to draw cultlike followers. Isabelle manages to infiltrate the group and become close to their leader, leaving Peter both jealous and worried for her.

As their search leads to danger, Peter realizes he's falling in love with Isabelle. He wants all of her, but she's too used to guarding herself to let him in….

The book yes, they story is very entertaining

She sounds like she is speaking through her nose and her character voices are horrible. It's too bad too as the story is really good.