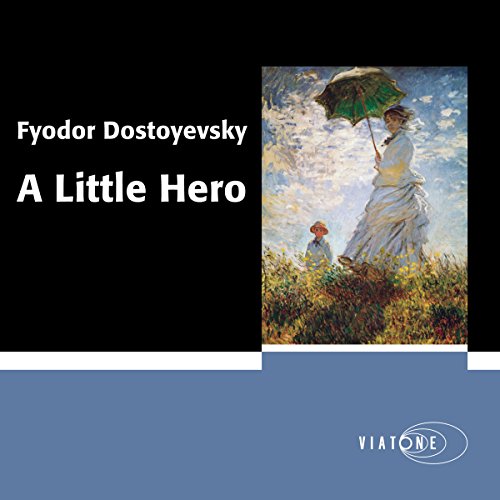 A Little Hero takes place during some summer days at a manor house outside of Moscow, where members of the Russian upper class enjoy themselves with lavish parties, scenic outings, and various carefree pursuits. The main character is an 11-year-old boy who becomes fascinated by and falls in love with the beautiful and melancholic Madame M, who is a grown-up, married woman.

When Dostoyevsky was arrested in 1848 for revolutionary activity - because of his membership in the intellectual group the Petrashevsky Circle - he was sent to the well-defended Peter and Paul Fortress in Saint Petersburg, which housed the most dangerous convicts. He spent eight months there while awaiting his sentence. After three months he was allowed a candle in his cell, and he immediately got to work on writing a story, which became A Little Hero. The lovely little tale forms a sharp contrast to the grim circumstances under which it was written.

The reader beautifully renders the spirit of this joyful tale. Unusually sweet for Dostoevsky but with some of his trademark psychology. The reader should do The Insulted and Humiliated.