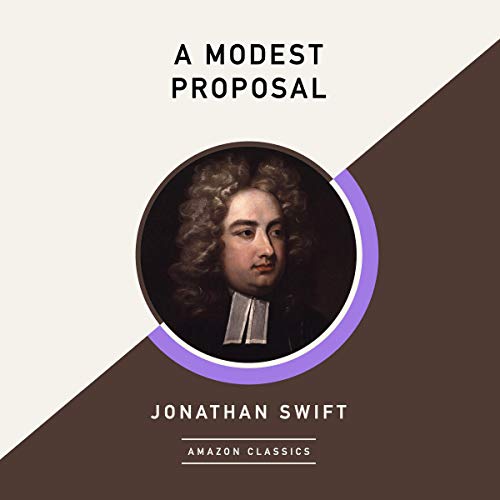 The streets of eighteenth-century Dublin were rife with an appalling level of poverty. Desperate mothers regularly begged for alms to feed their children, and although passersby might have occasionally contributed a few coins, no large-scale remedy had proved remotely practical or effective. But where others could only despair, Jonathan Swift found an opportunity and suggested a brilliantly outlandish solution to the historic crisis: fatten up the babies of destitute families, then sell them off as gourmet comestibles for the rich. The needy earn a profit, and the rich eat well...voila!

This sardonic take on elitist social reform is as outrageous and provocative today as it was when it was first written three hundred years ago. It remains a richly layered satire with a serious purpose: to expose the wealthy’s disregard for the plight of the poor and spur the apathetic to action.

What listeners say about A Modest Proposal (AmazonClassics Edition)

satire at its best

the heading says enough. and the reader is excellent. highly recommended and not to be missed.