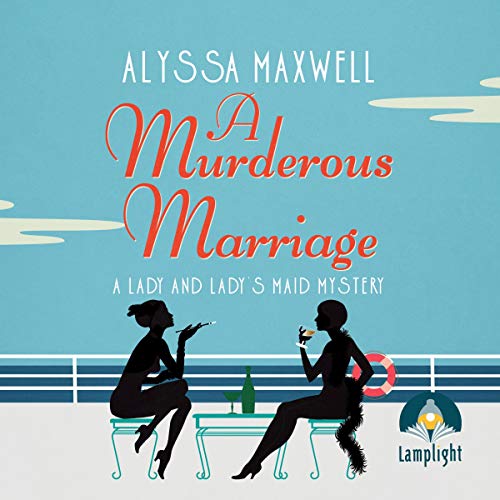 The fourth instalment in Alyssa Maxwell’s A Lady and Lady’s Maid Mystery series.

A Murderous Marriage is sure to please fans of historical cosy mysteries.

Despite being the granddaughter of an earl, Julia Renshaw is under pressure to marry for money - and has settled for the wealthy, and older, Gilbert Townsend. It’s clear to her sister Phoebe and lady’s maid Eva that this is not a love match. At the reception aboard the groom’s yacht, there is tension between Gil and several guests: his best man, his spinster sister and his younger cousin and current heir.

Moreover, the bride has discovered that Gil’s pretty secretary, among others, will be joining them for the honeymoon. When Gil’s drowned body is found floating in the harbour the following morning, Phoebe and Eva must discover who pushed him overboard to exonerate the now arrested Julia of his murder.

“Maxwell artfully portrays the personal dynamics of English society at the time...readers will hope to see more of the endearing Phoebe and Eva." (Publishers Weekly)

What listeners say about A Murderous Marriage