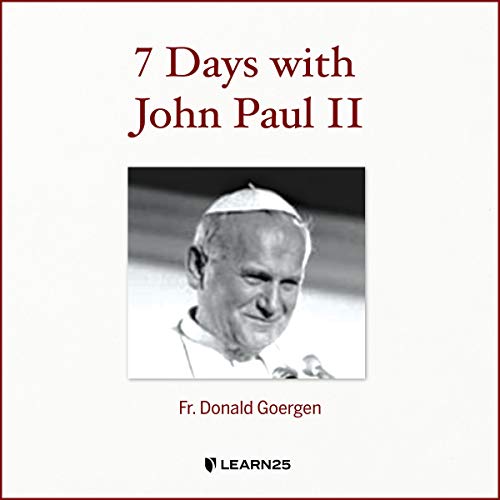 Born in Poland, raised in a Nazi and then Soviet-occupied country, creative and courageous from the beginning, John Paul II was destined to be pope and guide to the worldwide Church. He became a beacon of hope for millions. He was also a deeply faithful mystic, whose guidance and teachings offer a special path to deepen your life in Christ.

What listeners say about 7 Days with John Paul II

This is a nice overview of the thought of JP2. But it’s not a retreat as what’s in the title.