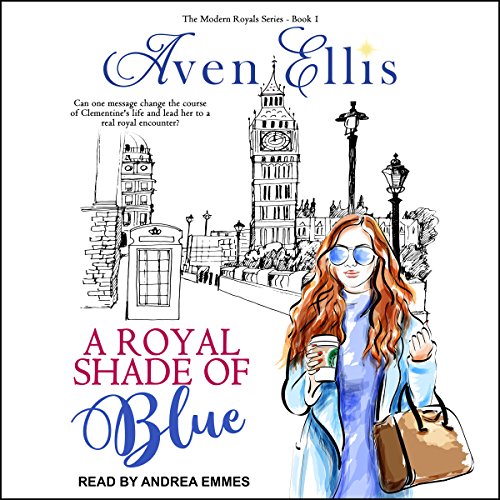 When art-history student Clementine Jones receives a message complimenting her latest internship project, she doesn't hesitate to answer it. She never dreamed this decision would not only change her life, but the future of the British monarchy as well.

Her response leads Clementine to the mysterious CP Chadwick, a British man studying history at Cambridge. Clementine finds CP charming, smart, and unlike any man she's ever met. Most of all, when she confides her medical past to CP, his perception of her doesn't change. He doesn't treat her as fragile like her parents do. CP sees her as normal, which is something she cherishes.

Clementine, however, has no idea CP is actually Prince Christian of Wales, who has never had a "normal" life. Christian is at a crossroad. His destiny is to be a working royal, but he is desperate to fill that role in his own way. Wary of others, he's kept himself closed off from the world - until he lets Clementine in.

A royal romance is never a fairy tale, but Clementine and Christian are determined to write their own version. Can they overcome their own fears - as well as the constraints of a royal life - to reach their own happily ever after?

What listeners say about A Royal Shade of Blue

The story was cheesy and predictable. The majority of the story was Clementine droning on and on about her love for Christian and he for her. Too much.

As soon as they meet all you hear is “I love you, I love you” even during random times they say they love each other. It feels like every other conversation they start they say it. Got old very fast. Glad the book is over.

A sweet, sexy Cinderella Tale with a modern twist

Novel 5:
Ellis’ first in her Modern Royals series is a sweet and sexy Cinderella Tale with a thoroughly modern twist when a Prince and commoner find love with the help of instagram. The couple are a breath of fresh air, he’s a royal with a family who put the D in dysfunction and she has always been the girl who had a brain tumor. They’re flawed and refreshing, likeable and real and there is just enough drama to make it interesting. The read is fast paced and the author uses a mix of conversational and proper etiquette dialogue and the real royal facts included in the fiction adds a layer of legitimacy and had this reviewer googling to fact check.

Narration 5:
The narrator does a brilliant job of depicting all the voices both male and female and of capturing the emotions too giving her listening audience a more in depth novel perspective including a few heart stopping moments. Her dual US and Brit accents are spot on and her rendering of Christian and Clemmy are fabulous, but the absolute best thing about her is her infectious laugh that listeners are treated to frequently throughout the book.

SUMMARY:
Clementine Jones has lived in a bubble ever since she was diagnosed with a brain tumor as a teen. But going away to college has given her the opportunity to spread her wings and graduating in June with an art history degree from prestigious Stanford just might let her do that. Plus she’s met a really interesting, ordinary “bloke” nicknamed CP online who lives across the pond and maybe it's the miles, maybe the anonymity but she really feels like she knows him that is until she learns that he’s the son of the King of England.
His Royal Highness Prince Christian Chadwick, Prince of Wales has always been a bit reclusive, that happens because he’s always had to wonder if a girl likes him for himself or because of his title. So when he meets an enchanting, refreshing US girl she steels his heart before he even meets her. Which makes him determined to bring her into his life forever. Which is easier said then done.

Terribly written and the audio reader is the worst I've heard, like a robot.