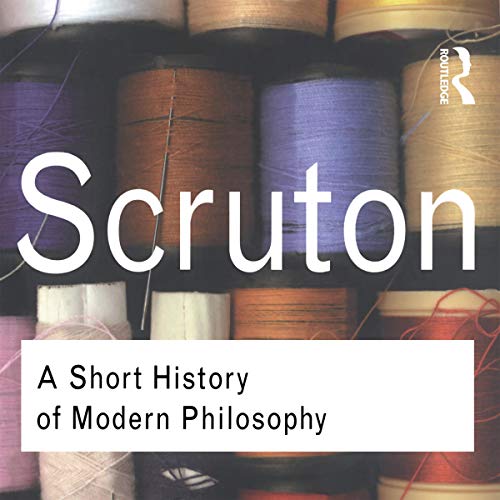 A Short History of Modern Philosophy

Discover for yourself the pleasures of philosophy! Written both for the seasoned student of philosophy as well as the general listener, renowned writer Roger Scruton provides a survey of modern philosophy. Always engaging, the author takes us on a fascinating tour of the subject, from founding father Descartes to the most important and famous philosopher of the 20th century, Ludwig Wittgenstein. He identifies all the principal figures as well as outlines of the main intellectual preoccupations that have informed Western philosophy.

Painting a portrait of modern philosophy that is vivid and animated, Scruton introduces us to some of the greatest philosophical problems invented in this period and pursued ever since. Including material on recent debates, A Short History of Modern Philosophy is already established as the classic introduction. Listen to it and find out why.

A very critical history. It's certainly not an introduction and will be of most use to people already familiar with the philosophers discussed. But in such a case the analysis is superb and very rewarding. It's a short book but rich in content. For chapters of special interest re-reading two or three times for a refined understanding will be intellectually fruitful each time.

Scruton at his best.

Vintage Roger Scruton; concise, clear, sensible. He will be missed, but his legacy of making things clear will endure.