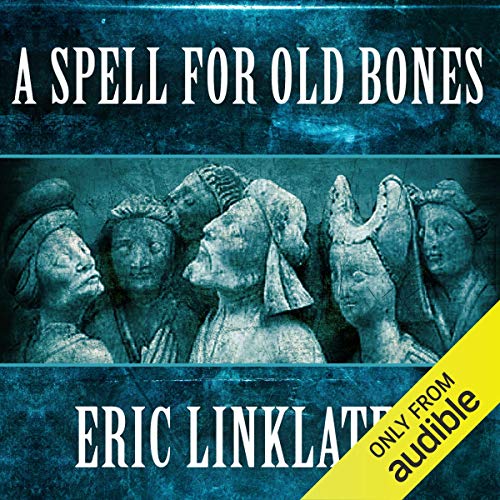 A Spell for Old Bones

"When the giants fell, old bones revived" - there is the rubric for Eric Linklater's new story. There may be no historical foundation for his tale of a fantastic war, in the First century A.D., between the giant Furbister and the abominable Od McGammon, his neighbour in the south-west of Scotland; but their quarrel - which provides a background to the engaging love-story of the willful poet Albyn and the delightful Princess Liss - has a real enough interest and no small significance in our equally strange world of today. Would love cure all our troubles?

Love indeed has a power that is almost infinite. But man (especially if he is a willful poet) has the habit of dissatisfaction, an eye that looks critically at love itself. And here, in this tale of some very modern primitives, love makes the running but fails to win the race. A new departure for Linklater? Well, he often makes new departures, and here, though he is serious at bottom, his seriousness is nicely garnished with wit, and sometimes at the mercy of humour. The fascination of the story carries its outlandishness as lightly as a feather.

Eric Linklater (1899-1974) wrote scores of novels for adults and children. He was also a journalist in India, commander of a wartime fortress in the Orkney Islands, and rector of Aberdeen University.