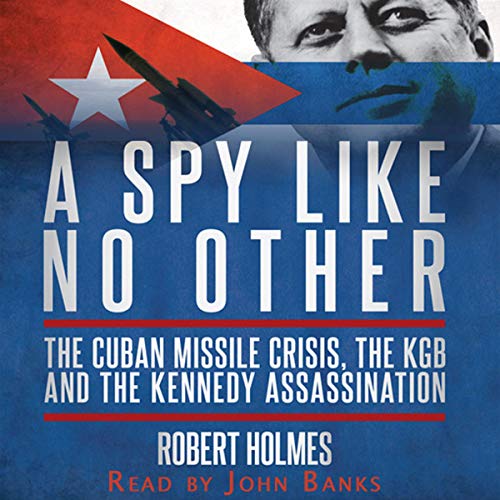 The arms race between the Soviet Union and the USA was the most dangerous confrontation in the history of the world. Soviet leader Nikita Khrushchev's decision to place nuclear missiles in Cuba, and US President John F. Kennedy's willingness to call his bluff, brought the Soviet Union and the West to the edge of a cataclysmic nuclear war. Now, on the fiftieth anniversary of the Cuban Missile Crisis, Robert Holmes, a British diplomat in Moscow during the early 1960s, provides an answer to one of the greatest mysteries of the Cold War.

Kennedy's confidence in his brinkmanship hung on the evidence provided by Oleg Penkovsky, the MI6/CIA agent inside Soviet military intelligence. While working on A Spy Like No Other, Holmes set out to tell Penkovsky's story. But, in doing so, he stumbled upon an astonishing chain of intrigue, betrayal and revenge that suggested a group of maverick Soviet intelligence officers had plotted the crime of the century.

When Penkovsky's treachery was discovered, in the middle of the Missile Crisis, he was executed and his boss, General Ivan Serov (the head of Soviet military intelligence and a former head of the KGB), was subsequently dismissed. The Soviet propaganda machine then thoroughly discredited Serov and consigned him to obscurity.

In this extraordinary new study, Holmes suggests Serov's anger at the West's ‘victory' in Cuba and his resentment at the treachery of his protégé and his own downfall turned into an obsessive determination to gain revenge - and reveals the opportunity he had to do so by working with KGB rogue officers to enlist a young American loner, Lee Harvey Oswald, to assassinate the President.

What listeners say about A Spy Like No Other