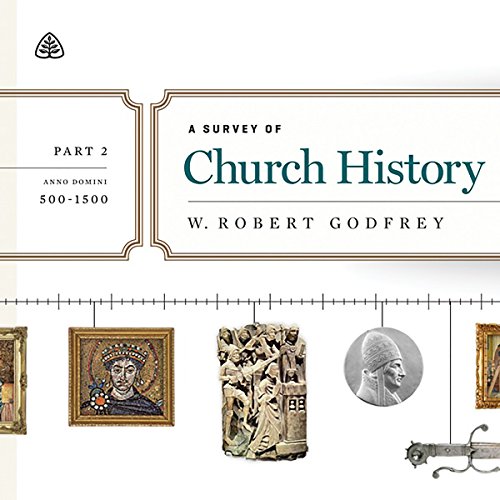 As the Roman Empire gradually crumbled in the fifth century AD, the people of the Mediterranean world turned to the church for leadership and direction in a new era of uncertainty. The next thousand years would prove to be a complex experiment in Christian civilization, one in which the church played a pivotal role in the development of Western government, thought, and culture. Join Dr. W. Robert Godfrey as he explores the hopes, challenges, triumphs, and tragedies of Christianity during the Middle Ages.

What listeners say about A Survey of Church History Teaching Series, Part 2

really enjoyed this overview of church history. it was succinct and insightful. needs a deeper dive follow-up.

a century is a long time to cover and it seemed to fly through quickly. I would have preferred to cover this period in two different 500 year periods to give the depth that part 1 had.

still a good overview though