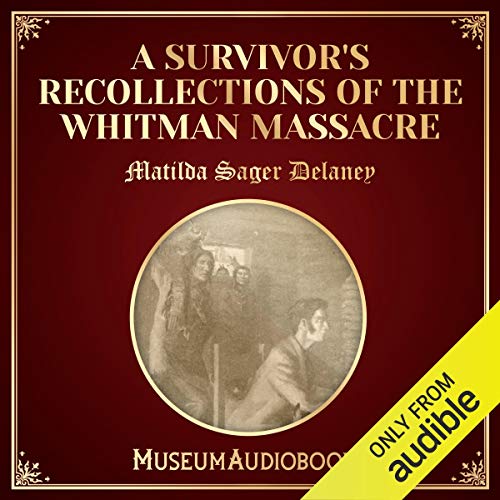 A Survivor's Recollections of the Whitman Massacre

One of the seven Sager siblings who were orphaned on the Oregon Trail, Matilda later survived the 1847 massacre in which her adoptive parents, the missionary Dr. Marcus Whitman and his wife, and her two brothers were killed. The attack, a pivotal event in Northwest history, led to a war of retaliation against the Cayuse Indians and the extension of federal control over the present-day states of Washington, Oregon, Idaho, and parts of Montana and Wyoming. In this rare volume, Matilda left her account of that tragic event in the pioneer west.